This totally goes against my, tips for staying focused while working from home. But let me start by saying, during the day I never watch tv while working. Or even better, I never watch shows while I’m working during my “golden hours” – when my work is at its most productive I need full attention on the task at hand, that’s when I follow these rules to a T.

But when it comes to working during the evening, say when Chris is working late or I have things I want to get done? I often turn a background show on, makes me feel like I’m half relaxing/half being productive. Does that make sense? I have a few go to programs for the “while I’m working” show list, most might also be considered guilty pleasure tv because they usually don’t require my full attention to know what’s going on. What better time to get a guilty pleasure tv show in, then when you are semi-productively doing something else?

True blue guilty pleasure tv, best watched when you are semi-productively working or studying at night (or off working hours). TLC, MTV, ANIMAL PLANET or DISCOVERY (though the last two are way less guilty) all fall under this category for me. You can leave a channel on, find a show on Netflix, or stream from the networks website and just let it go all the live long work-night. [ image is from man vs. wild, one of our favorite reality tv shows.]

Teen dramas for the background show win! If it’s predictable and you probably wouldn’t tell your friends you actually watch it, it’s probably go for the evening working hours (or maybe laundry folding hours?). Since finishing GG, I moved onto Pretty Little Liars (thank’s to a good friend who always tells me about her guilty tv pleasures) and it’s equally as good for while I work. [ image is from fanpop ]

Good for anytime all the time, in my opinion. I know it’s not a “show” but generally any show on this network is a good background show. Often is falls under the reality tv category, but not always. I think any show from the Food Network (many of them are popping up on Netflix now) will always be some of my favorite background shows to work too. [ image from castles and cooks ]

I also like to watch this, while I’m not working. But I tend to get so into it and sometimes I make myself paranoid that it just works out better to be a background show. It really doesn’t matter which series of Law and Order it is, they are all good in my books (a few of them are on Netflix now). [ image from salon.com ]

Food Network and HGTV, both top my list for things to watch while I’m doing other things (what a mouthful). Another show that’s not a “show”, but it’s easier to be general when all of them fall under the category. As long as I have these two in my background show life, I’m happy! [ image from HGTV ]

Do you have a favorite background show? Or maybe a guilty pleasure show you adore? 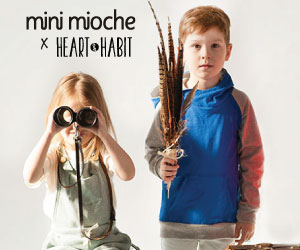