According to little Harlow, there are a just few steps that are needed in order to make the transformation into a “super hero girl”. 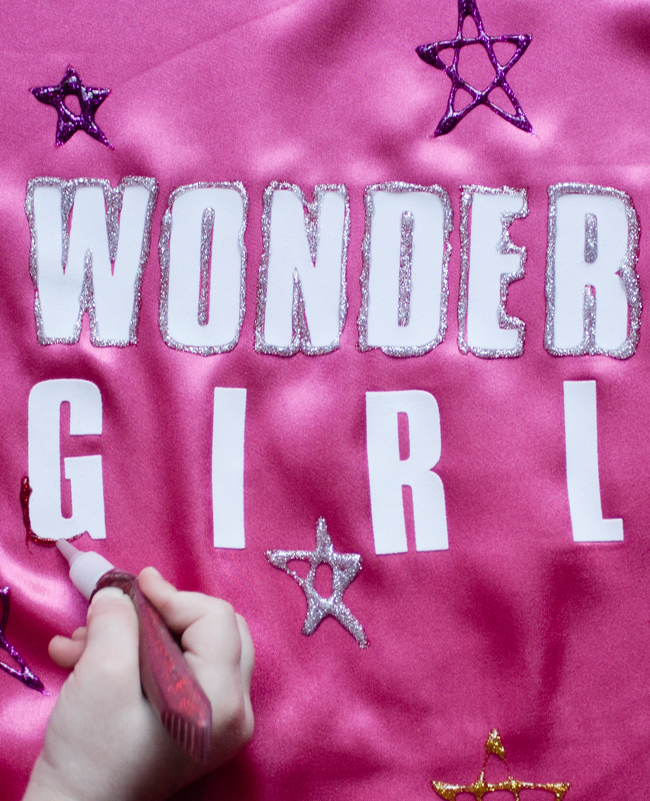 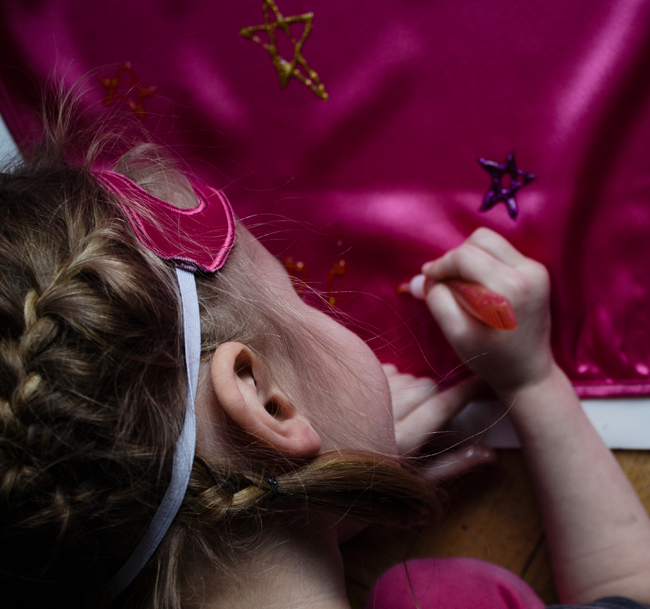 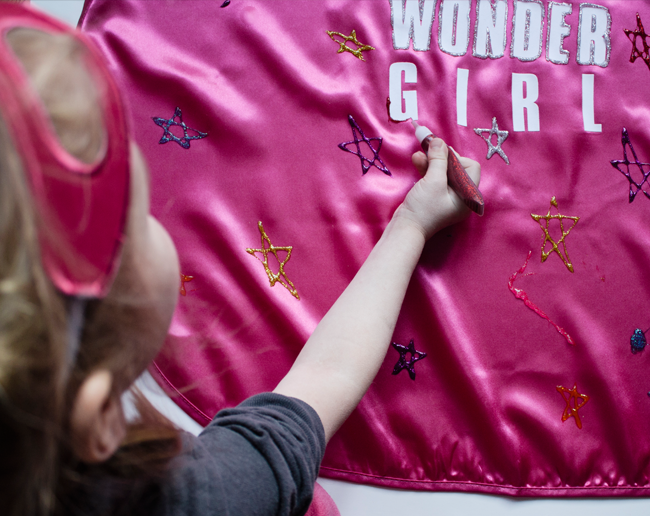 3. Dream Up Your Super Powers 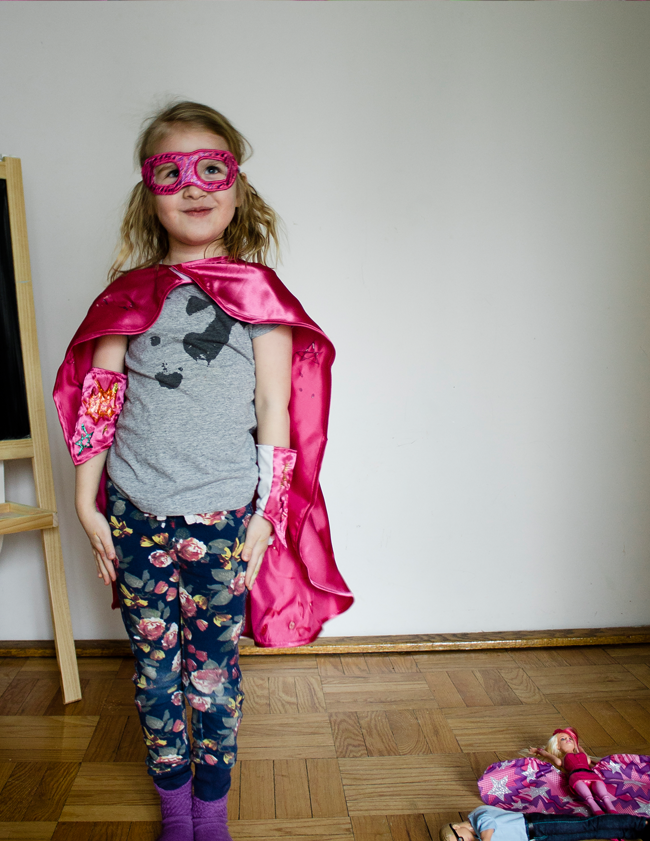 4. Practice Your Moves (this is flying, obvi) 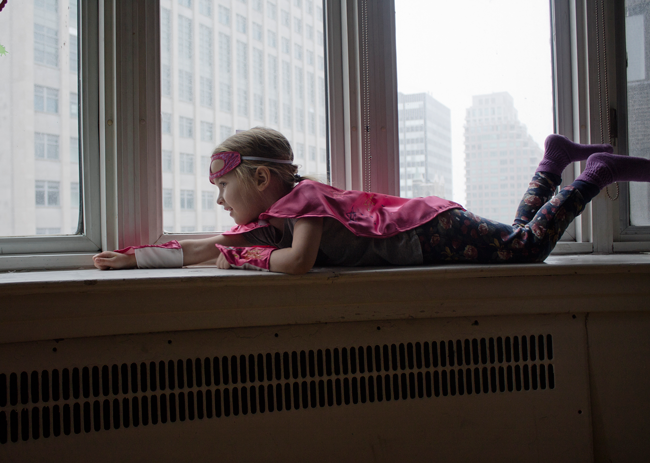 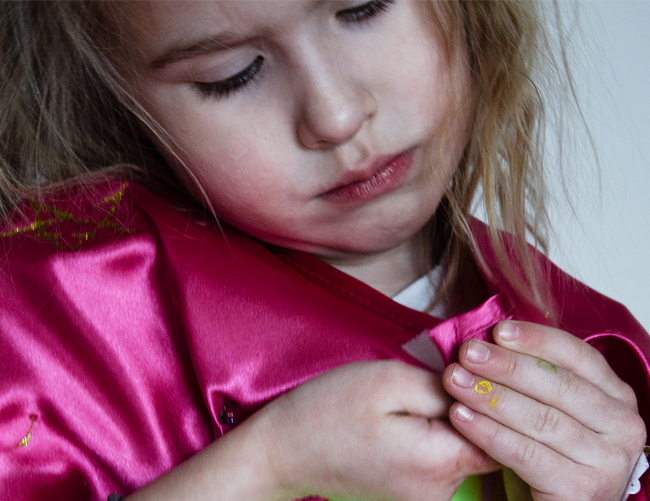 6. Save People (or “people” whatever works) 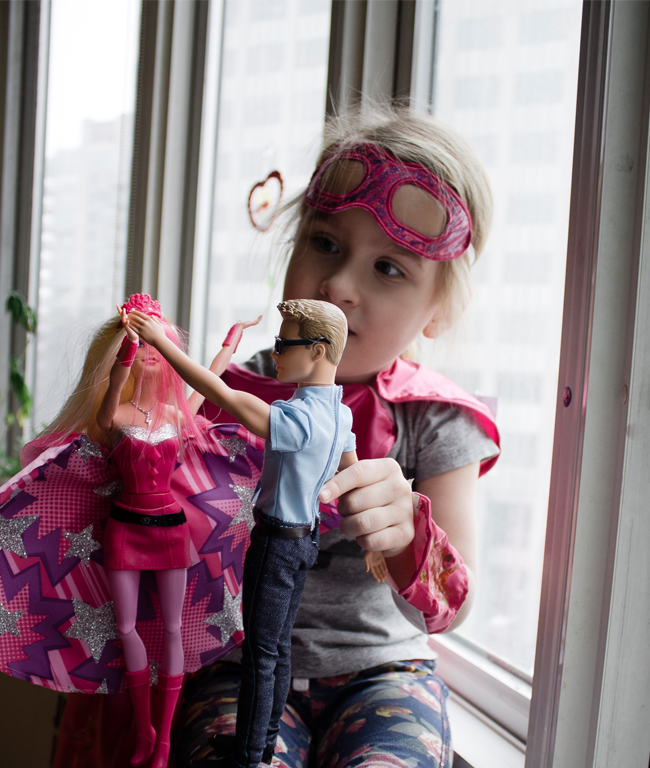 Seems simple enough? Last week Harlow got some of the new Princess Power Barbie dolls and a cape for her to decorate, since Barbie has decided 2015 the year to be super. Before we opened the cape to start decorating it, I asked her what her super powers would be if she was a super hero. She had no idea and kept throwing out different random ideas based on the things she looked at around the room.

“Light!” “Ice cold air!” (after she looked out the window at that sad winter air)

Then we just skipped the planning step and went and ripped open the package. Once she actually started decorating the cape, all of a sudden she had all these ideas and the whole idea of maybe/possibility being a super hero made so much sense. She decided she was going to shoot sparkles at people; one arm would shoot ‘happy sparkles’ to make everyone happy and the other would shoot out ‘confused sparkles’, to confuse the bad guys and make them stop what they were doing and then she would happy sparkle the poop outta them. She already has the happy sparkle part down, all she has to do is flash her smile – and BAM, happy! There is definitely something extra super about being one of those people who can light up an entire room and spread kindness around with a single smile. So basically she was just missing the cape, now she’s official super hero status – and she likes to be called, Wonder Girl! 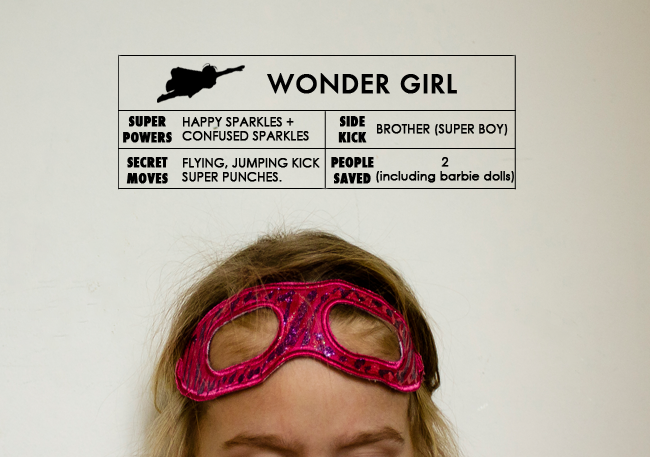 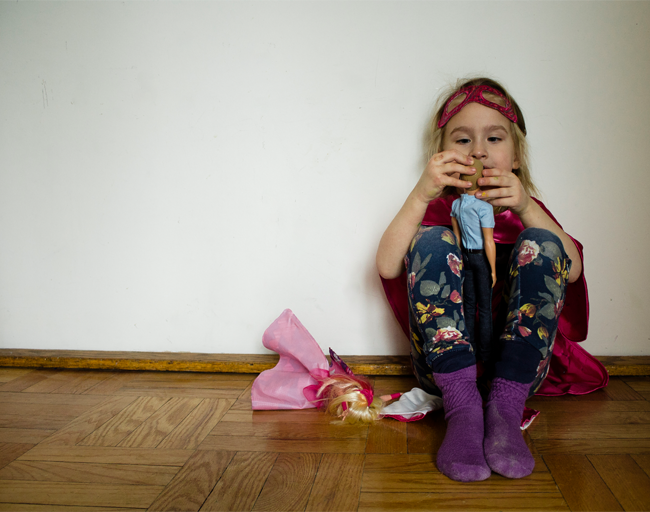 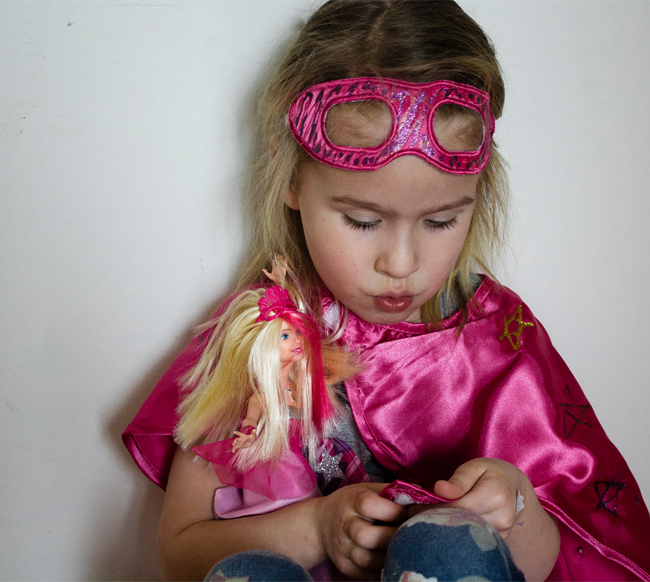 What would your super power be? What is your actual everyday super power? (I’m still thinking on what mine is, it’s a tough question) What about your little one, if she were to put a cape on what would her power be?

This post is in sponsorship with Barbie #BeSuper . All words and images are 100% organic and authentic. Thank you,  for supporting the sponsors that help support this blog and our household.