I got an email the other day from a reader with a question. Before even asking, she first apologized for a possible assumption she might have had, that brought her to the question. It was extremely sweet, very Canadian and it got me thinking about the idea of assuming based on what we see. Her question was, if we owned a car or not and if not, how we weathered the no car storm with raising a family – a great question it was. And my answer, if you care to know was “No car, No problems…mostly” – thank you again for your question, sweet email and for sparking an idea! But the idea of assuming based on the little snippets of someones life we see on instagram and blogs, got me thinking. It’s so easy to take the 1% that someone shares of their life and make tons of assumptions about the 99%, I know because I fall guilty as well it’s hard not too.

I don’t share everything about our lives, only small little snips or fun little stories – like I said here I try to stay honest and genuine but keep from sharing too much, sometimes it can be a hard balance. It usually leaves room for a lot of assumptions, good or bad – it’s how internet life goes. The whole idea made me think it might be fun to put some context behind some of my instasnaps – not for the sake of telling the other 99% of our story but because it can be pretty fun to hear the full context of a moment or a photo. 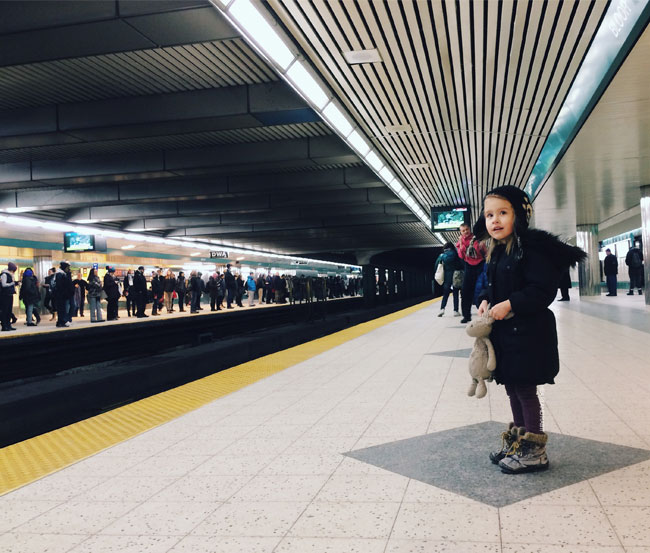 Waiting for the subway, so sweet and quiet like. Before this moment, we had a morning full of tantrums filled with full on Mom and Har arguments – I gave her a meter of space (see above) then we got on the subway, she cuddled in my lap and all was better. 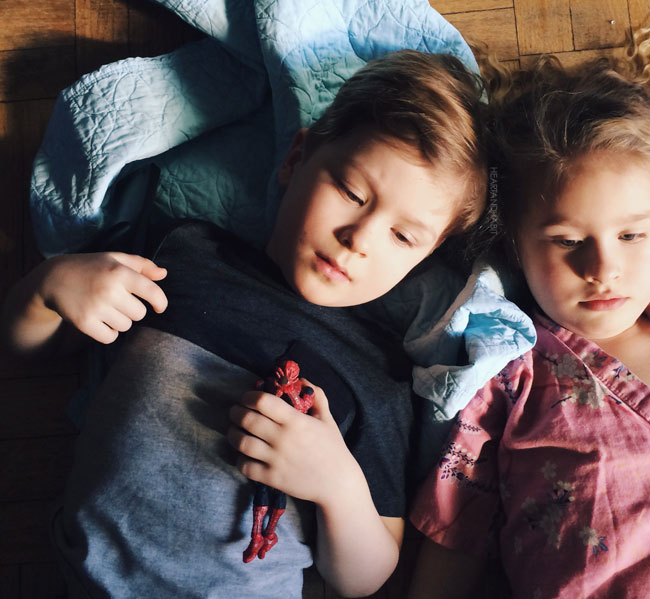 Spring break looks so sweet and cuddly. Two seconds later, King looked over saw that Harley was on his blanket and touching his head and he went all annoyed older brother on her. It was sweet and cuddly, but also arguey and bickery. 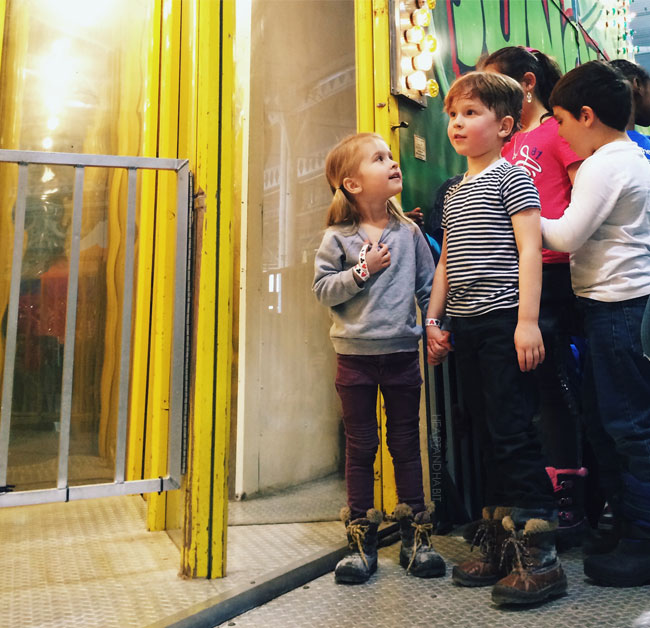 Waiting in line so sweetly for a funhouse ride at the carnival. The beginning of the funhouse was a plexiglass maze, we forgot to tell the kids to walk with their hands in front of them so they wouldn’t smack into the plexi walls. King walked into two walls, and both times Chris and I were peeing our pants laughing – he wasn’t hurt he was laughing too, for the record. 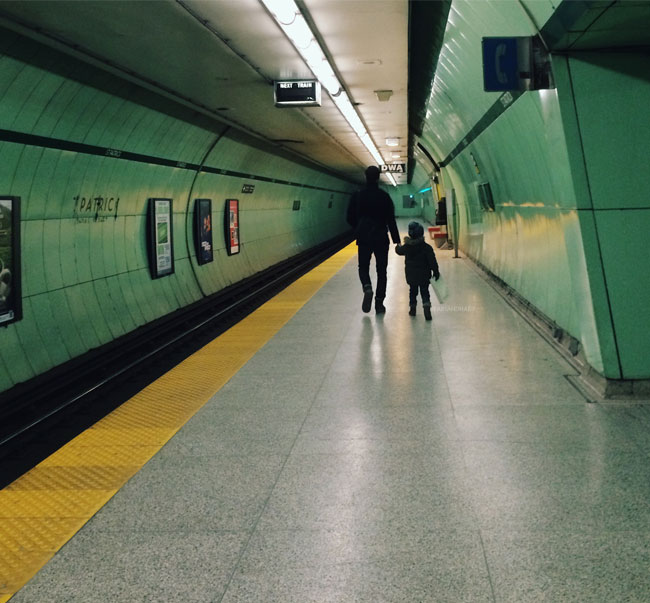 The boys walking so sweetly down the subway platform. The littlest boy was being super rude to his Momma (5 year old attitude, like woah) and the biggest boy took his hand and had a little man to man chat about “how to talk to your Mother”. 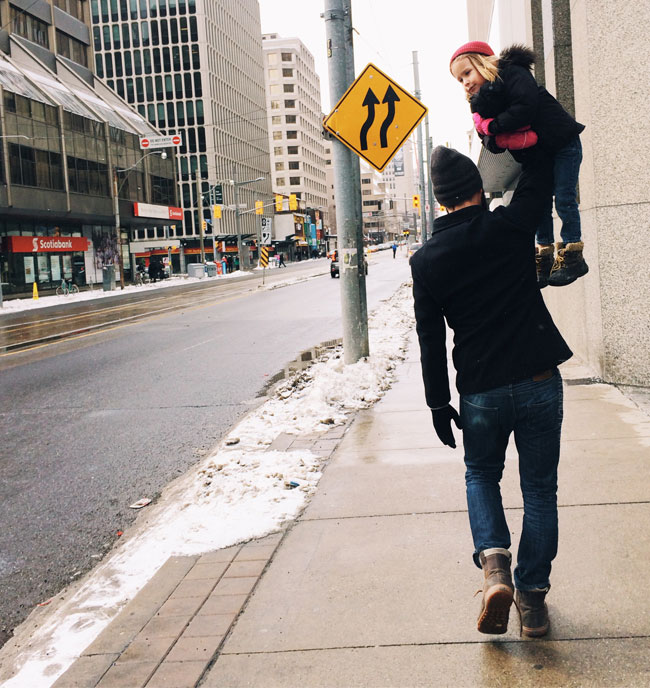 Showing off his muscles. Mostly Chris was trying his best to curb a tired girl who was entering tantrum town, it of course worked – he’s got a skill for switching the mood to a happy one. 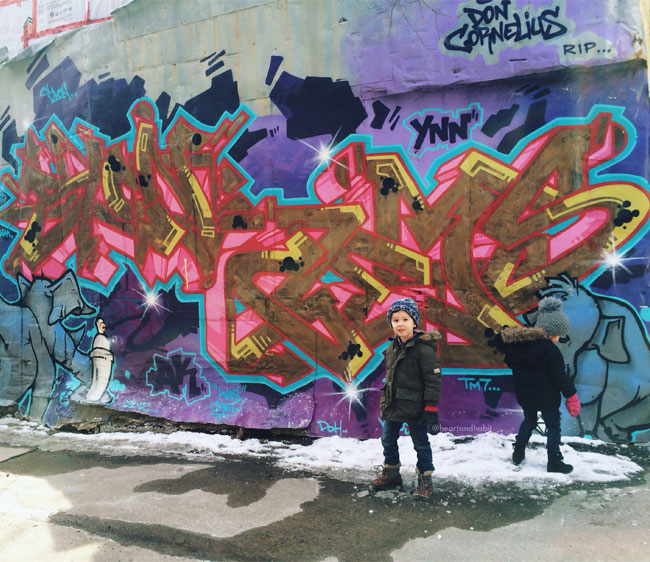 Looking all cool in front of the graffiti. I only asked 5 times for them to stop playing in the snow, because it was littered with dog poop and other things you might find in a gross alley – this is a photo of pro listeners.

Nothing life shattering or jaw dropping, just some fun behind the scenes stuff. What do you think, do you wanna play along? 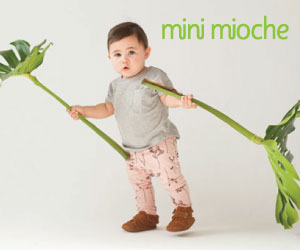 (and lucky you, you can have them all sent right to your inbox — and then never you never have to miss any again)