Maybe just in time for the weekend, here are 6 documentaries I’ve seen recently-ish that totally stuck with me. The kind that you tell all your friends about, because they NEED to see them too.

Going Clear: Scientology and The Prison Of Belief – I found this so fascinating, I’m always so intrigued and interested to learn about cults and religions and this one was darn good. (watch the trailer) *I watched it on netflix.

Tig – A personal biography of comedian Tig Notaro about her trials with breast cancer, it’s touching and funny and just really good (way better than my first impression let on). (watch the trailer) *it’s a netflix original so you can find it on there.

The True Cost – Everyone should watch this, as someone who works in the fashion industry I found it super interesting but really anyone who wears clothes would find it interesting. (watch the trailer) *I watched it on netflix.

20 Feet From Stardom – I loved this one, it shined a light on backup singers for some of the greatest musical legends. Super cool, humbling and just flipping great.  (watch the trailer) *I watched it on netflix.

Citizenfour – A must watch, really everyone needs to watch this. I don’t know what to say about this without sounding like a conspiracy theorist, but the doc follows Edward Snowden who leaked classified covert info from the US government and then shared it. (watch the trailer)

There are four more I wanted to add, but haven’t had a chance to watch them yet so I don’t know if they are share worthy — so maybe once I do I’ll make yet another list, I’ll probably make another list at some point anyways. Do you have any favorite docs you want to share? Have you seen any of these? *And if you want 24 more to check out, here you go!

Since we are talking about weekends, what are your plans for the weekend? Us we are probably going to check out some of the happenings in the city, maybe get to one of those 4 new docs I was slightly mentioning and I’m hoping (and praying) to get to either Goodlife or yoga — both have been hard to get to since I’ve been on my own (Chris is working super crazy hours). I really wish both the gym and the studio offered kids classes at the same time as my (like I own them or something) classes, so the kids and I could all get in some good old physical fitness in — wouldn’t that be awesome/way better than childcare? 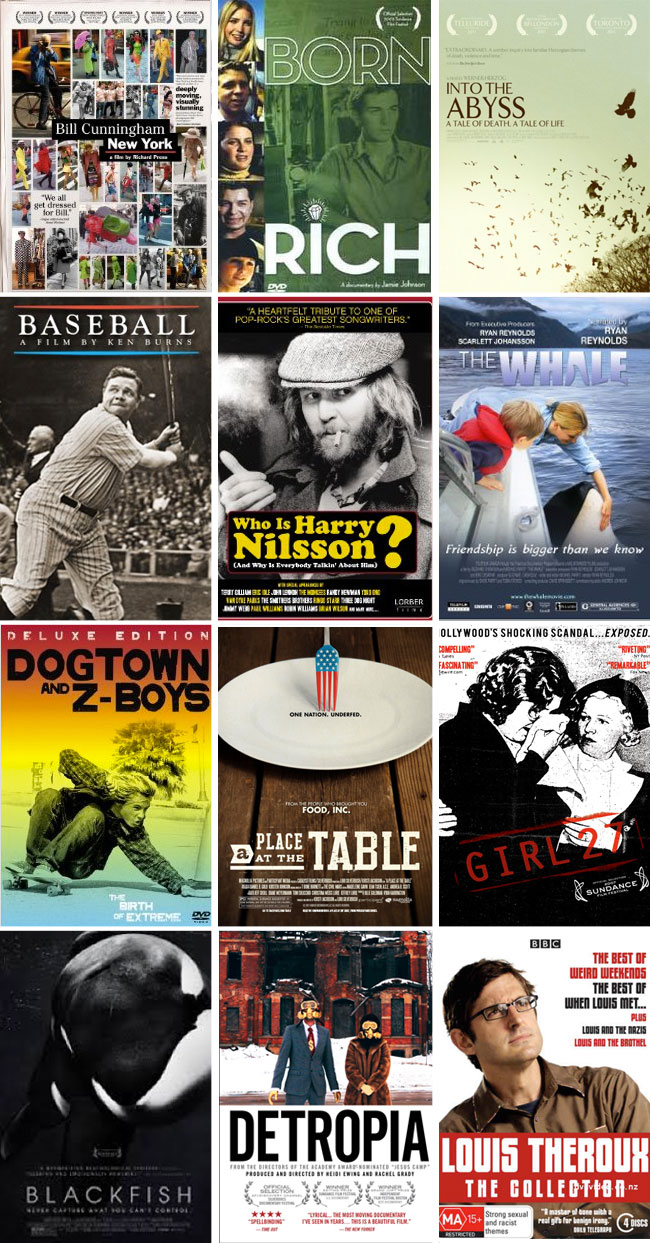 If you missed my first list of favorites, check them here. Also a big notable mention to ESPN’s 30 for 30 series, Chris loves every single one of those documentaries. Usually I’ll say I don’t want to watch them, then am later asking him to pause so I can pee (classic). I have a longish list of docs I want to check out, but would love to hear if you have any favorites I should watch!

*Many of these are currently on Netflix, others possibly iTunes – a lot of them we have seen years ago (so I’m not 100% certain where they are available now).

Sometimes our friends call us TV snobs, sometimes we like to trade in our friends. Kidding, very much kidding but in all honesty – Chris and I are some picky TV and movie watchers (if being a TV snob is so wrong, I don’t want to be right). We nixed cable 3 years ago, and have been living off the internet and Netflix ever since. Which has worked out perfectly for us and we don’t really miss cable at all. We watch only those shows and movies we really love and leave the other TV time for other things that waste our time and eat our brains, like the internet. 9 times out of 10, if we don’t have an episode of a favorite show to watch – we are shacked up on the couch watching a doc. We are obsessed with documentaries, netflix makes this obsession really easy as they always have a pretty great selection. I thought I would share some of our all time favorites. These are the documentaries that are so good; we have seen them a few times, they really made us think (and read more about the topics afterwards), changed how we perceive things, made us (ok, just me) cry, or left us with our jaws on the floor. 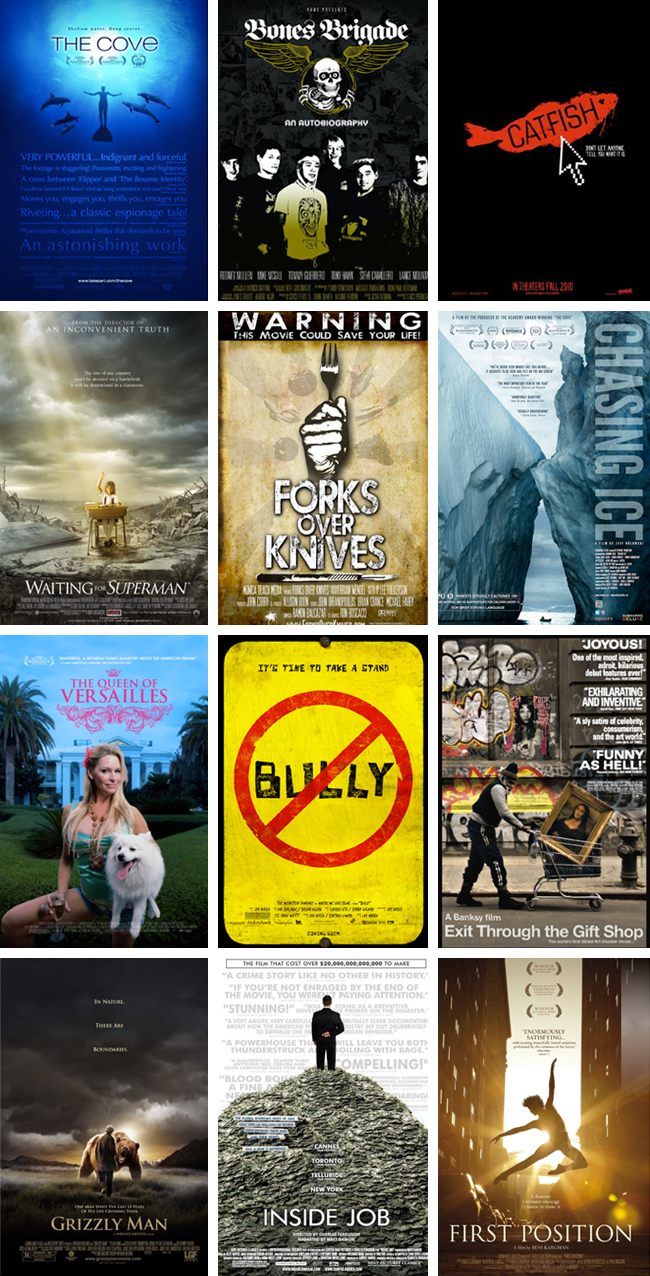 THE COVE – BONES BRIGADE – CATFISH (lot’s of questions around this one, if it’s a mockumentary or a true doc – but it’s still a great watch)

QUEEN OF VERSAILLES – BULLY – EXIT THROUGH THE GIFT SHOP

I had a very hard time narrowing this list down to 12, so will probably be doing another post (or two) in the future. So tell me, do you have a favorite documentary? We are always looking for a great one to watch, and recommendations are the best way to find a great one!

Totally taboo to talk about tv, I mean it’s a true time waste and it rots your brain right? Whatever. And I hate to sound all hippie and millennial but we are one of those annoying families that lives without cable, but don’t worry we are not born again tv haters. We still watch the boob tube, but just in a less expensive, more intentional (who knew you could even be intentional with your time wasters) and maybe even sometimes non actual television watching way. I thought about it a lot and then talked with Chris about it some more, there are 5 shows that we are constantly suggesting to people. And it seems that these same 5 shows were the ones that changed the way we wasted out time watching tv. So if you haven’t seen these (none of them are new so probably have), you totally should…

THE WIRE – It was the 2nd (maybe 3rd) deep all-encompassing drama series that Chris and I got hooked on. Like series that you watch, back to back to back. It is easily one of our top favorites and probably the one show we tell everyone they NEED to watch, it is just all around fantastic. The fictional story premise is based around drug trade and crime in Baltimore. The first season is super confusing, but it’s very worth it to power through as the second season is when it all starts to make sense. HIGHLY recommend.

BREAKING BAD – I know, you’ve totally seen it but if you haven’t? Man you better jump to it! Probably the best tv series we have ever seen, the writing the character arch’s, the whole shebang is truly amazing. The first season is totally depressing, but it does get less melancholy. I’m not gonna talk much more about it, because I’m sure you already know what it is about. Not the same but also check out: True Detective, the first season was primo and totally worth all the hype. 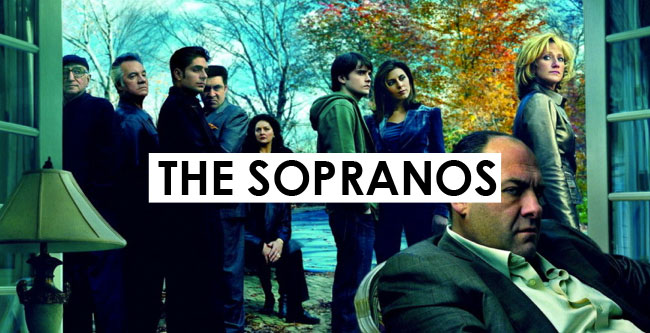 THE SOPRANOS – Between this and Six Feet Under, I couldn’t decide. Both were the very first “movie” style shows (is that what you call them?) we got hooked on. Like we didn’t leave our couch for days, cause we could.not.stop (obv before kids) watching, sorta hooked. It’s great, and literally changes the way you look at regular tv shows. Also totally worth watching: The Walking Dead (not just about zombies), Game of Thrones (get past the first season, it gets better) and Hannibal (this one was a huge shocker, but it’s really awesome – gruesome but awesome). 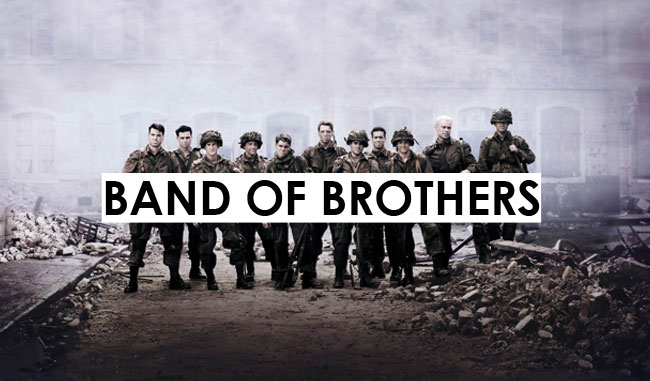 BAND OF BROTHERS – The first show that made me realize watching history could be super interesting and entertaining. It’s sad, exciting and totally heartbreaking. Out of anything that is WWII based, this is my ultimate favorite. It’s a 10 part mini series, so it’s okay to get hooked cause it doesn’t last forever. I haven’t seen another show based on actually historic events done this well. More shows that are based on history (these a little more loosely): The Tudors and Vikings (so far, we really love Vikings).

ARRESTED DEVELOPMENT – Umm, I don’t think I have ever seen a show I have loved so much that made me laugh so hard. Like, in all honestly most of my jokes I probably stole from here. Chris has probably seen the whole series at least 10 times, the last (new) season that aired on Netflix was pretty meh but the rest? MUST WATCH. Also tops our must watch comedy list: 30 Rock. And because so far it’s pretty great even though it’s more of a Dramadey then a comedy: Silicon Valley

There are a few others we really like but these are the ones that made us look at other shows differently. Ones that made us want to get rid of most of the fluff (most). So tell me, what are your favorite tv time wasters? The ones you were really deeply sad about when they ended or the ones you talk to your friends about with tons of excitement?